Method:
1. Preheat the oven to 200°C/gas 6 and line a 12 hole muffin tin with cases.
2. Cut the asparagus stems into small pieces, about 1cm in length, leaving the tips a little longer and blanch in boiling water for a couple of minutes. Drain and refresh under cold running water, separating the tips from the pieces of stem.
3. In a large bowl, mix the flour with the cubes of cheese.
4. Melt the butter and pour into a jug. Stir through the chives, milk, yogurt, Suffolk Mud mustard and eggs. Mix well until combined and season generously with salt & pepper.
5. Gently fold the wet ingredients into the flour & cheese, and stir through the asparagus stems. Be careful not to over mix and stop as soon as the mixture is combined.
6. Spoon the mixture evenly between the muffin cases and push an asparagus tip into the middle of each. Bake in the oven from 25-30 minutes until golden. Best eaten hot out of the oven, spread with a little cold butter.

Method:
1. Bring a large pan of salted water to the boil and cook the pasta according to the instructions on the packet, but cook it for a minute or two less so it’s a little underdone.
2. Heat a medium-sized frying pan on the hob and add the pancetta. You will not need oil in the pan as the pancetta will have enough fat in it to cook in. Fry the pancetta for 4-5 minutes on a medium heat until they have become golden and crisp. Add the British asparagus to the pan and fry for 2 minutes or until it has begun to soften.
3. Meanwhile mix together the double cream, crème fraiche, egg yolks, parmesan, lemon zest, salt and pepper.
4. Drain the cooked pasta, leaving a few tablespoons of water in the bottom of the pan. Return the pan to a low heat and pour in the sauce and the pancetta and British asparagus mixture.
5. Toss the pasta in the sauce, giving it all a good mix round until it’s evenly incorporated. Serve with a good grating of parmesan and black pepper.

Method:
1. Preheat the oven to 180°c, gas mark 6
2. In a bowl, mix the cumin, coriander, sesame seeds, paprika, allspice, sugar and parsley. Season with salt and pepper.
3. Sprinkle the mixture all over the flesh side of the salmon and drizzle over the olive oil.
4. Bring a medium-sized pan of salted water to the boil. Place in the asparagus and cook for 2 minutes. Drain then cool and set aside.
5. In a hot non-stick frying pan seal the salmon skin side down first, then place in the oven for 6-8 minutes.
6. While you are waiting for the salmon to cook, chop the lemon skin and place in a medium-sized bowl. Then add the asparagus, shallots, chilli, tomatoes, rocket and a splash of extra virgin olive oil, season and mix.
7. When the salmon is cooked, divide between 4 warm plates, top with the salad. Finish with a spoonful of yogurt, cracked pepper and a drizzle of extra virgin olive oil.

Method:
1. To make the Teriyaki sauce, combine all ingredients in a saucepan. Stir the mixture well. Put it on medium heat and bring to a boil. Turn the heat down to low and simmer for a couple of minutes. Stop the heat and cool the mixture. It’s now ready to use but if you have any left you can store the sauce in a clean bottle in the fridge.
2. Heat a griddle pan until really hot and almost smoking. Rub the steaks with the oil, salt and pepper. Griddle the steaks for 2 minutes on each side so that they’re medium rare. Leave to rest.
3. While the beef is resting rub the British asparagus with a little oil then lay on the griddle and grill for 2-3 minutes, turning every now and then until they start to soften but still have bite and have little chars on them.
4. Split the asparagus between two plates. Carve the steaks into 1cm strips and lay on top of the asparagus pouring over the meat juices left from resting. Cover each steak with a few tablespoons of Teriyaki sauce and sprinkle with the cayenne and sesame seeds.

Save £1 per kilo on asparagus at Secretts Farm Shop! Visit www.vantagepointmag.co.uk/offers to get your voucher.

Recipes taken with permission from www.britishasparagus.com.

The Post Baker- A Sweet Treat for all Occasions. 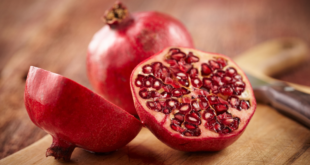 Design your diet and enjoy the fruits of your labour

VantagePoint Magazine
Leith Hill Greenway multi-user route
The first Surrey Hills Greenway was installed during Autumn 2020 with signage completed in February 2021. Known as the 'Leith Hill Greenway' this 15km multi-user off-road route links Box Hill with Leith Hill via Denbies Wine Estate. The project has been funded by The European agricultural fund for rural development (EAFRD) with Surrey County Council’s investment in resurfacing the Byway from Wotton to Coldharbour which had been damaged by off-road motorised vehicles.

Greenways are being designed as part of a strategic network of safe, off-road access routes for walkers, cyclists, and horse riders. The emphasis is to go slowly, enjoy and be considerate to other users and the British Horse Society and Cycling UK’s Be Nice, Say Hi campaign will be promoted as part of the Greenways initiative.
Click here to discover more: https://www.surreyhills.org/discover-route/leith-hill-greenway/

View on Facebook
Powered by WordPress | Designed by TieLabs
© Copyright 2021, All Rights Reserved