In Accord – the a capella group

Most people have heard the term ‘a capella’ and will know it means ‘without accompaniment’. Those involved in a capella groups would say that it can be one of the most challenging but rewarding ways to sing. A capella singing can boast a long history as it was no doubt in existence before instruments were invented! The rich cultures of Africa, Australasia, Gospel and American Barbershop (to name but a few) have all played in to the influences of 21st Century a capella singing.

In Accord is a local ladies a capella group. Formed in 2004, it currently has 16 singers who mainly live in West Surrey. Since its inception the group has developed its own identity with the vocal arrangements written by chorus members. Arrangements are generally written for five parts – Bass, Baritone, Alto, Mezzo and Soprano. No single part always sings ‘the tune’ – this is shared between each part depending on the song (and often requests from members!). This means that all In Accord members must be able to hold a harmony without being distracted by the others!

The In Accord repertoire is varied and has mainly been developed through suggestions from members. Over the years numbers have also been included as a result of special requests from customers, such as for weddings and anniversaries. Songs often have words re-written to perform as a one-off surprise tailored for individuals or groups. The repertoire currently includes songs from The Beatles, James Bond film themes, Duffy, Queen, West End/Broadway shows and much more.
In addition to their weekly rehearsal, members enjoy (if that’s the right word!) regular half-day coaching sessions and an annual jaunt to Littlehampton where a full day’s coaching and plenty of socialising is enjoyed. At any one time In Accord has twenty songs in the main repertoire, and about ten Christmas numbers. Learning notes and words to this many songs is challenging as many members also have full time jobs and/or families to focus on.

The secret to a capella singing is to sing ‘as one voice’ by getting the intonation, timing, vowels and consonants all perfectly aligned! When it works, it creates ‘overtones’ (harmonics) that make the sound ‘ring’ (i.e. much fuller). It often also has the effect of making the back of your neck tingle! The extra coaching sessions enable members to learn individual vocal technique which helps them to blend with the rest to create that aspirational ‘one voice’ sound.

Over the twelve years In Accord performances have been many and varied. Most notable was probably at the House of Lords, but at the other extreme they’ve been known to ‘warm up’ in toilets with leaky roofs, so it’s not always so glamourous. Many performances include engagement with the audience. To announce to the audience at the start that they will be singing harmony by the end generally fills the room with a sense of fear and dread. However, they always join in and learn some harmony – generally smiling as they do so.

In Accord is currently not recruiting but will certainly do so in the future. Being a member requires commitment to learning the songs, attending rehearsals, coaching and performances. The ability to read music is helpful, but not required. If you’re interested in joining in the future, please feel free to make contact.

If you would like to book In Accord to perform (with or without audience participation) they would be happy to discuss any specific requirements or special requests. (If this includes arranging your favourite song, plenty of notice will be needed!)

Tags In Accord singing VantagePoint 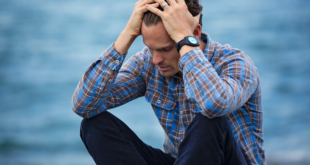